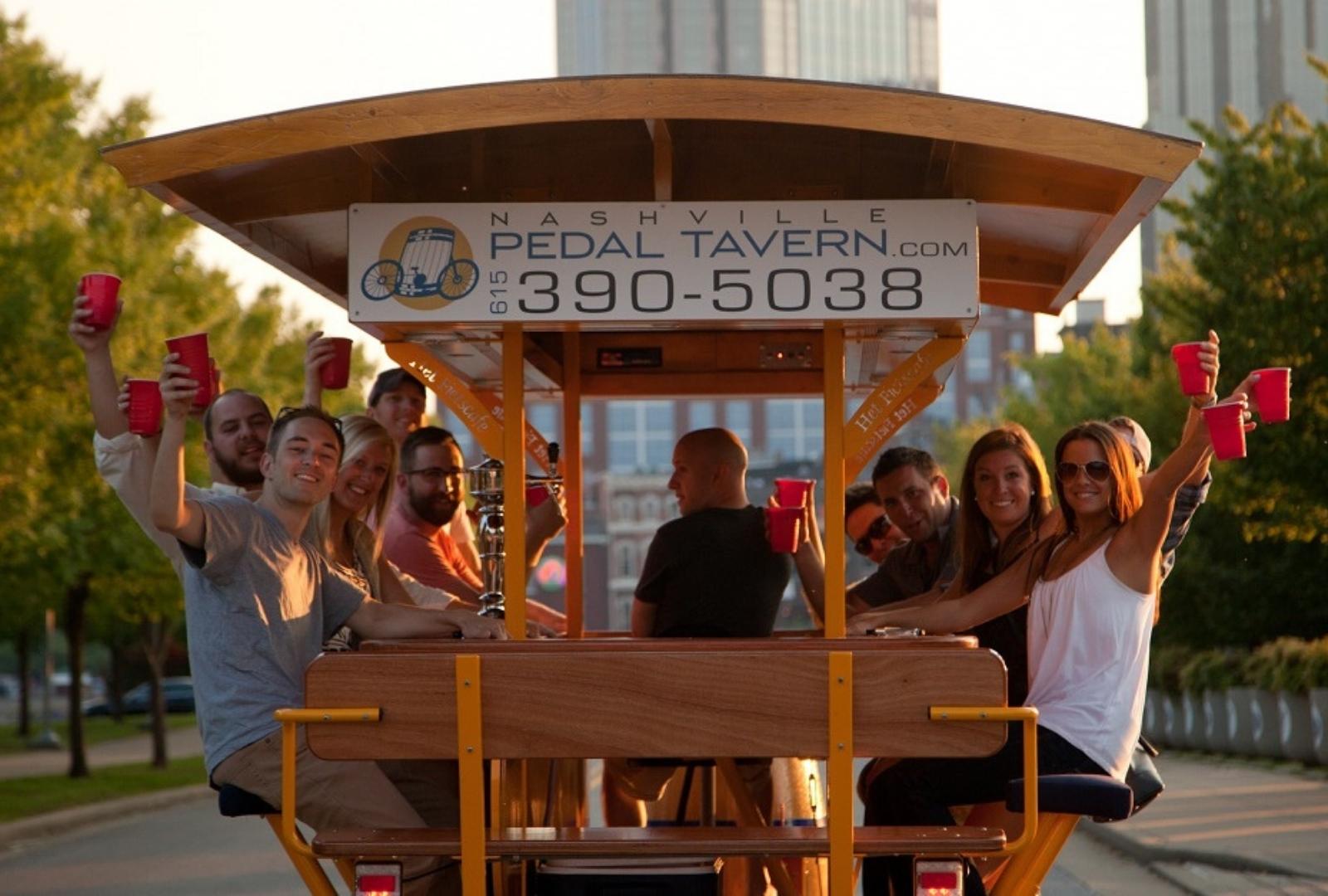 PEDAL TAVERN JUMPS TO #1 ON TRIPADVISOR WITH XOLA

Pedal Taverns are one part outlandish, one part ingenious. Angie Buckingham is no exception. Surrounded by people looking to have a great time everyday, running the show at Nashville Pedal Tavern is a sweet deal. “Everybody who comes and rides with us,” she tells us, “is looking to discover something, have fun, and be in a good mood.” Not content to simply sit back and watch the Pedal Taverns roll by, though, her vision for the future company is straightforward, bright, and replete with the hallmarks of business savvy: “For me, personally,” she says “I want to see the business continue to grow and become a landmark within the city of Nashville. We want to build an image and maintain it.”

It’s not always fun and games. For Angie, life with her prior booking system was stressful and plagued by inefficiencies. “Because we have such a high demand, and we were doing everything via phone, by hand, and through Google Calendar,” she says, “it would sometimes take us weeks to get back to people – we had fifty phone calls a day.

From the start of the day, work was a frantic race to keep up with reservations and booking inquiries.  “I would check all the voicemails, which would constantly get full, type in the reservation, and delete the voicemail, so I could get more – I basically had to use the voicemail as a message system,” she says of her old system. “And then pretty much play phone tag all day long with people using two different phones. Both my cell phone and the business phone were always ringing. I would be on the phone day and night and try and book and process as many tours a day as I could. I would play back and forth on deposits. And emails. And that’s literally all I could do.”

Because we had to focus on the upcoming dates, we couldn’t focus on four months down the road. We were doing tickets week by week, and bookings for six months down the road weren’t really on our priority list.” Without a mechanism to quickly and easily process bookings, Angie and Nashville Pedal Tavern had to take things day by day.

“We were in the high twenties on TripAdvisor in Nashville, and now we’re number one.”

Working on such a short timescale, meant that Angie didn’t have the time to think long-term about Nashville Pedal Tavern. “I couldn’t do a lot of things when it came to networking and reaching out to other local businesses,” she says, which meant that while business was good, it was also stagnating. Angie wanted to see Nashville Pedal Tavern grow beyond its then-boundaries by increasingly partnering with local events – a move that would both boost revenue and help turn Nashville Pedal Tavern into a local institution. That was impossible when, as she puts it, ”All my time was spent as a receptionist.” 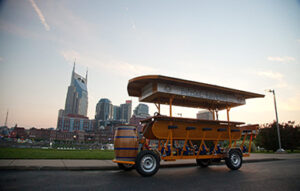 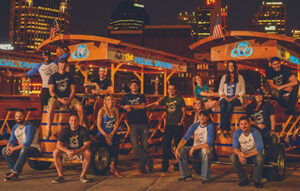 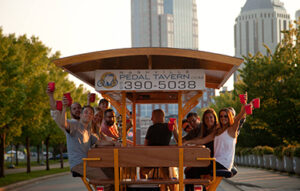 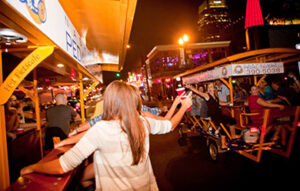 Since she started using Xola, Angie has been able to let Nashville Pedal Tavern’s reputation and the automated booking system do much of the reservations work for her. The newfound ease of booking and the work Angie has put into other ends of the business that had once been neglected mean that Nashville Pedal Tavern has “been able to get ahead of the competition by getting the reservations first.” The simplicity of the system means that Angie doesn’t have to spend all her time integrating it into her business. “I don’t have to train my staff on it,” she says. “Everything is really clean and really easy to understand.”

The switch had paid off in very real ways.  Angie has found that “people can book months and months and months ahead  – we can be sold out for weekends four months down the road. Our website and our checkout is so easy to book off of by phone or computer, that you can do it in 3 or 4 clicks.”  Every advanced booking means peace of mind for Angie and time she can use to grow the business. Overall, 2014’s revenue surpassed 2013’s by the end of July. Further, Xola’s TripAdvisor integration has already manifested itself in the rankings; “we were in the high twenties on TripAdvisor in Nashville,” she says, “and now we’re number one.” A rank that speaks highly to Angie’s goal of becoming and remaining a “local institution.”