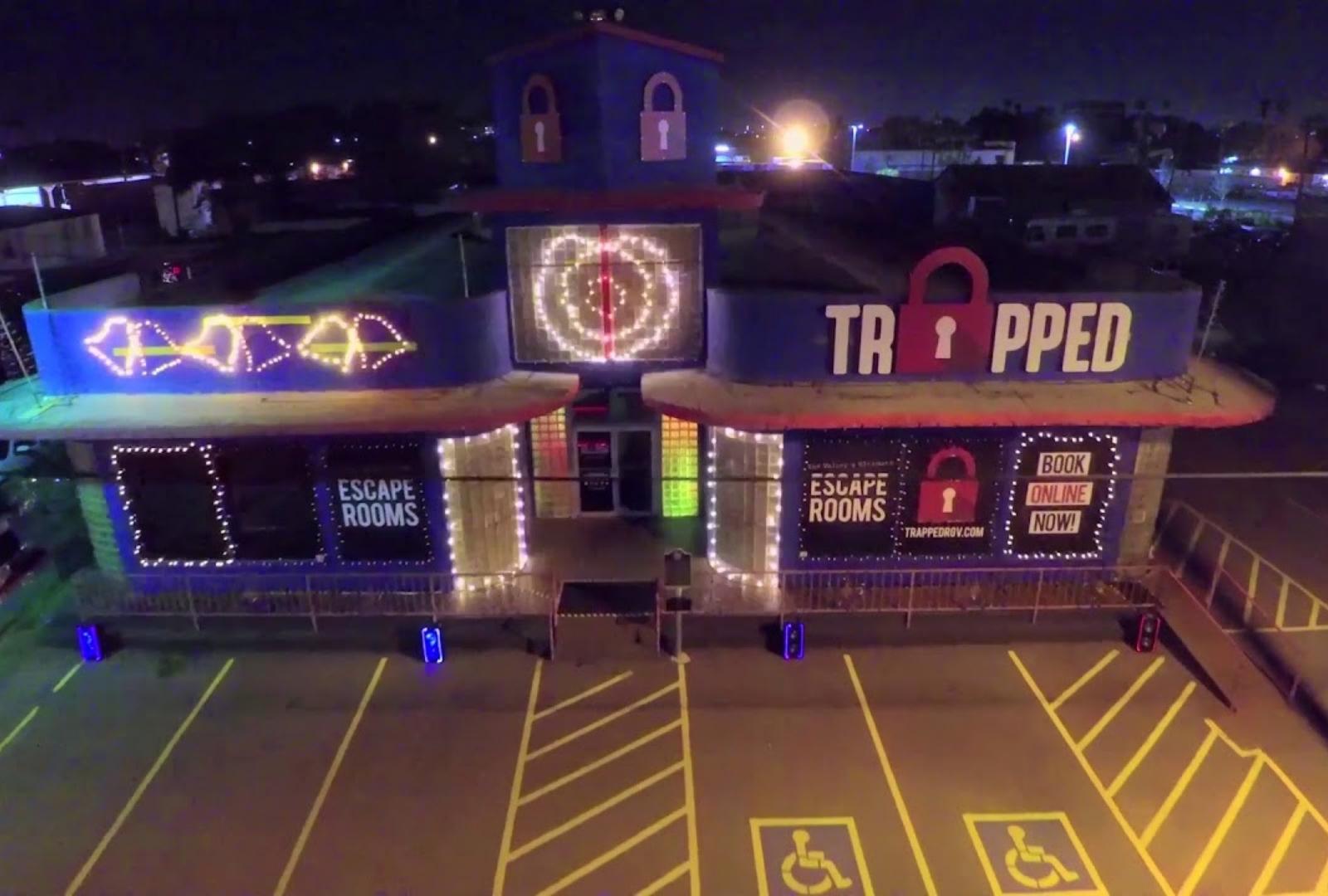 As a professional Web designer and ad agency owner, Eric Fantich used his design skills to launch his first escape room with his team several years ago.

Trapped RGV, a fast-growing escape room, didn’t start out as an escape room. It was initially a haunted house business.

“My team and I had a haunted house that we were building & running for a while,” said Eric.

He never liked the seasonality of the haunted house business, so he and his team took the knowledge they learned about set design and immersive entertainment and doubled down on building their first escape room.

Today, Trapped RGV has four escape rooms and a fifth one under construction.

“We’re working on our fifth room right now,” said Eric. “We will hopefully be up and running by the end of summer.”

This will be the third room that his team has added since switching to Xola about 2 years ago.

Eric mentioned how easy it is to add a new room and communicate with customers within Xola’s dashboard.

“We’ve had things come up before where we need to reach out to a customer, and send them a new confirmation email or pass on some important information,” he said. “I like that everything is all done right there inside Xola’s software. Plus it’s easy to make any changes.”

Initially nervous about passing on an extra fee to his customers, Trapped RGV switched over to Xola’s Flex plan in May 2019, and saw they saw their sales increase by 10% in the first month.

“It’s been nice to save extra money on the Xola plan, but that’s just the icing on the cake” Eric said. “Looking back, I wish we would’ve switched to the Flex plan sooner. There are so many features now available to our business that help increase revenue, streamline the process and overall just make the experience easier for not only customers but our staff too.”

One of these new features that he installed – lightning deals – led to a disproportionate amount of the sales increase.

Pro Tip: A Lightning Deal is an automated feature that initially qualifies your customer when they arrive on your site, and then shows them appropriate offers. This can be a great way to incentivize your most price-sensitive customers to fill distressed or under-utilized inventory spots.

This is exactly what Eric did by using Xola’s capacity utilization report to see his most popular and least popular escape rooms.

“We used the capacity utilization report and looked at a couple of other analytics just to see which rooms were bringing in the most and least amount of revenue,” he said. “I was able to see that one of our rooms had a lot of open time slots. So, we created a lightning deal for several open time slots in this particular room. The result… a large uptick in rooms booked. In fact we increased revenue for that room by over 500% in just a month and a half utilizing this lightning deal.”

“It’s just a dramatic change,” he said. “We went from almost no bookings in that particular room on weekdays to now seeing like 100% capacity on some of our businesses slowest days. It’s great to see that visual representation of, ‘Hey there were all these open spots in green, and now it’s all red with zero availability.”

XOLA AS A PARTNER

In addition to the increase in sales, Eric loves how easy it is to use for him, his team, and especially his customers.

“I was thoroughly impressed with how easy the checkout process was for customers,” he said. “It was really simple. I think that’s what originally was the reason Trapped RGV switched from our old booking software.”

Then, in the rare times where he or someone on his team has a question about how to do something within Xola, he knows he can always count on Xola’s support team with a quick and helpful response.

“I can chat with a support representative, and ask, ‘What’s going on here, or how do I do this,’ said Eric. “And, they’re always fast and friendly.”